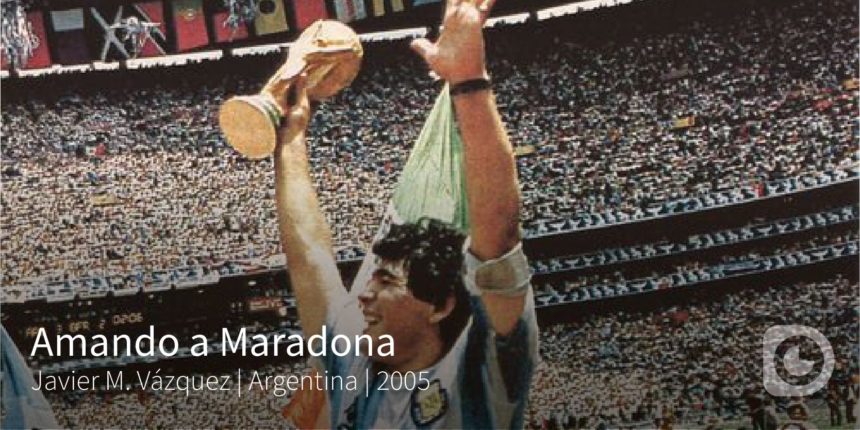 ##DOCSVALÈNCIA. ESPAI DE NO FICCIÓ CELEBRATES ITS FOURTH EDITION FROM 10 TO 19 DECEMBER

To close this convulsive 2020 on the Valencian cultural agenda, the fourth edition of DocsValència will be held from 10 to 19 December. Espai de No Ficció completely online, free of charge and with the best of national and international documentary filmmaking. Its programme can be viewed throughout Spain on the platform www.docsvalencia.com. The festival is possible thanks to the sponsorship of the Institut Valencià de Cultura and the Ajuntament de València.

The best documentaries of the year

The official selection is made up of 12 documentaries selected from the more than 250 films entered for the 2020 call for entries. Each of the films will be premiered at 9 p.m. on the DocsValència platform free of charge and will be available 24 hours or until the maximum quota of 500 viewings has been reached. The sections dedicated to the best of Spanish filmography (Panorama) and that of the Valencian Community (Mirades) are competitive and the awards will be given by a jury made up of professionals from Spain, Cuba, Chile, the United States and Argentina. DocsValència will award a total of 5,000 euros in prizes this year.

The festival will open on Thursday 10 December at 9 pm and will feature Magnus Gertten’s Only the Devil Lives Without Hope, one of the best documentaries of 2020, which shows the attractive combination that can result from author, political and protest films with thrillers. From this day on, there will be a daily premiere at the same time.

The Mirades section is made up of Lobster Soup, by Rafa Molés and Pepe Andreu, a documentary that premiered in San Sebastian; Per molt que bufe el vent, by David Segarra, which chronicles the most recent battles to save the Valencian countryside, and Resistencia Trans, by Claudia Reig, a wonderful portrait of the lives of transgender people in Valencia.

As for Panorama, the films in competition are El drogas, by Natxo Leuza, a surprising account of the life of the leader of Barricada, a documentary that went through DocsLab, the festival’s project laboratory; El escritor de un país sin librerías, by Marc Serena, a portrait of the situation in Equatorial Guinea through its most prolific writer and translator, Juan Tomás Ávila Laurel. This documentary is the first full-length film critical of the regime filmed in this country under the dictatorship of Teodoro Obiang. The third film in this national section is El secreto del doctor Grinberg, by Ida Cuellar, a surprising thriller about the disappearance of Dr. Jacobo Grinberg, known as the “Einstein of conscience”, which gave rise to many theories and suspicions. This documentary won the Audience Award at the last edition of DocsMX, International Documentary Film Festival in Mexico City.

Global Docs is the international documentary exhibition, which brings us in this 2020 Healing the Hate. The Battle for the Soul of a Nation, by Peter Hutchison, a film that tells us about the work done by former skinheads to help other young people get out of the clutches of fascism and hate; Línea 137, by Lucía Vasallo (Argentina), a film with which we accompany the immediate care service for victims of male violence in Buenos Aires; and The Prophet and the Extraterrestrials, by Yoav Shamir (Austria, Israel), an agile and hilarious portrait of Rael, who after an encounter with the aliens founded the world’s largest UFO religion.

Considered a God, a demon, a myth, a legend and an accumulation of imperfections, the figure of Diego Armando Maradona leaves no one indifferent. Beyond the debate over who is the best football player in history, there is no doubt that El Pelusa is undoubtedly the one who has provided the most headlines during and after his career. To understand the construction of his legend and the universe that formed around him, on Saturday 12th at 7pm, the festival offers one of the best documentaries ever made about the Argentinean star, Amando a Maradona (Javier M. Vázquez, Argentina, 2005).

DocsFòrum. The dialogue beyond the screen

On this occasion, the training forum is graced by the presence of Hubert Sauper, the multi-award winning Austrian filmmaker, nominated for an Oscar for the documentary Darwin’s Nightmare (2004). As part of the forum’s activities, on Wednesday 16, at 7pm, we will be showing his latest work: Epicentro (2020), an immersive portrait of “utopian” Cuba and its resilient people, which was premiered this year at Sundance, where it won the Grand Jury Prize, an award that Sauper has won for the second time. Likewise, on Thursday 17 the director will give a master class on his creative processes, moderated by Eduardo Guillot, through the festival’s social networks. Both the screening and the master class are free of charge.

DocsLab. The training and industry space

This year, the festival’s new project incubator returns with the presence of renowned specialists and experts from Spain, Colombia, Mexico, the Netherlands, France and Argentina to continue promoting the documentaries of the future. During an intense week of workshops, advice and tutorials, given by representatives of important festivals such as IDFA, FIDMarseille, FIDBA, FICG and DocsMX, 14 projects and 28 participants will form part of Plataforma VLC and Plataforma Espanya, which aim to continue supporting the creation of new films and the training of Valencian and Spanish filmmakers. The tutors who will accompany these documentaries are the Oscar nominee for Balseros, Carles Bosch and the Colombian producer and distributor Claudia Rodríguez Valencia