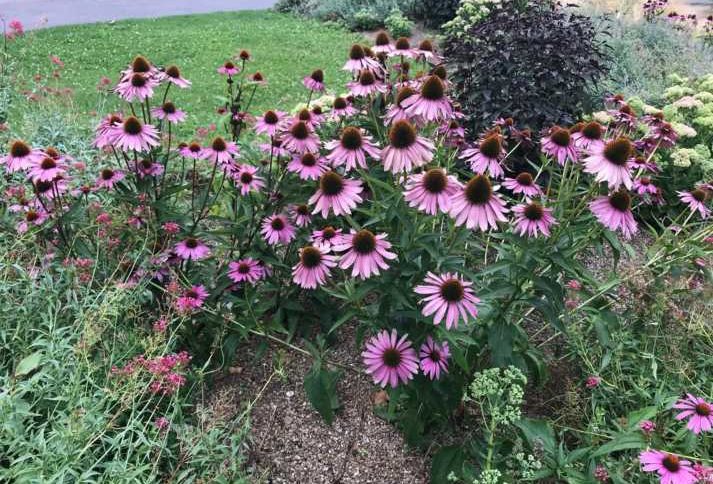 In Building 4P of the Universidad Politécnica de Valencia you’ll find a little part of the USA. American Space Valencia is a cultural space providing information, learning opportunities and a whole load of varied activities for anyone (not only university members) who might be interested in different aspects of life in the U.S. We spoke to its Director, Kathy Matles, an ESL instructor in the UPV’s language center, who is from Michigan but has lived in Spain for over 20 years.

How and when did the American Space Valencia get started?
American Space Valencia has been in operation since April 16, 2013, when the U.S. Embassy signed a memorandum of agreement with UPV (Universidad Politécnica de Valencia). An opening event was held and attended by the former ambassador to Spain, Alan Solomont, the rector of the UPV and the then mayor of Valencia, Rita Barberá.

What exactly is American Space?
American Space Valencia is a bilateral organization whose main objective is to promote mutual understanding between Spain and the U.S. It is an initiative of the U.S. State Department and the U.S. Embassy in Spain and based in the Universitat Politécnica de Valencia. It provides the opportunity to learn about the United States — specifically in areas such as U.S. culture, politics, business practices, foreign policy, the English language, and employment and educational opportunities in the United States. It is a rich source of all kinds of information about the United States, but most importantly, it is a venue for two-way conversation that will promote greater mutual understanding.

American Space Valencia houses a wide selection of English language learning tools, including extensive online database and an e-library. It is typically open five days a week and offers all its services, programs and resources free to the public. Programming is provided around designated core areas, such as English teaching and learning, educational counseling for students interested in American schools, cultural programs, alumni programs and information about the United States.

That sounds great, but why have an American Space in Valencia? What’s the thinking behind that?
The United States and Spain have a long history of strong ties, and it’s natural that we would want to learn more about each other. ASV provides a venue for this dialogue. ASV arranges activities and events that open discussion between Spaniards and Americans and educate and inform the local population about the United States. Best of all, this wealth of information is offered free of charge for everyone.

The ASV brings together Americans who are interested in sharing their culture and members of the Valencia community who are seeking information about the U.S. People come to listen to speakers or to see films. They come to learn about the holidays we celebrate, or to participate in one of our community volunteering programs, and they come to learn English.

Is it working? Are people learning about America through the American Space?
Absolutely! American Space Valencia can help you find answers to questions about the United States and its people, culture, economics and political systems and foreign policies. It has a small library that offers literature in various subjects: general reference, American history, contemporary American society, democracy and human rights, biographies of prominent Americans, general nonfiction, American economics, trade and business, American geography and travel, American arts and performing arts and American literature. It also has subscriptions to periodicals such as Entrepreneur, the Atlantic, Smithsonian, Popular Science, Wired, Mental Floss, the Nation, Bloomberg Businessweek and others.

Weekly programs include varied opportunities, such as conversations hours, lectures, video showings, book discussions, and Embassy guest speakers’ events, and numerous workshops are hosted throughout the year. American Space Valencia also holds programs that give children the opportunity to use their English in a non-classroom setting through programs like Art in English and digital storytelling.

American Space Valencia contains a rich section of books and other materials to help you find information on American universities and colleges, courses of study, scholarships and life in the United States. There are books and DVD materials to help you prepare for tests, such as TOEFL iBT, SAT, GMAT and GRE that are given in English.

American Space Valencia allows for numerous opportunities to aid the community and create awareness about social issues in general through programs like Coastal Cleanup project, Tech Camp, and other events held in cooperation with the local and national NGOs. The Space is equipped with computers and tablets for quick Internet access to websites about the United Sates.

What kind of misconceptions do you sometimes find people have about the States?
Given what they see in films and television series, it is normal for people to have misconceptions about the United States and American people in general. American Space Valencia helps to provide a better understanding of our culture, customs and traditions through various events, including debates and presentations given by students form the U.S. and people who have worked and studied in the USA.

And it’s not just for university members?
No, American Space Valencia is open to the public in general.

Or only for Americans?
Absolutely not, we invite people from any country to join in our events. American Space Valencia is open to anyone who wants to learn about the USA and to take advantage of opportunities to meet other people interested in practicing English, volunteering, enjoying a film, earning about our holidays, etc.

What’s there for our readers?
A wealth of information and opportunities to learn about the United States. Opportunities to exchange ideas, experience American culture, learn about our holidays through our celebrations of Independence Day, Thanksgiving celebration and other holiday events, and a chance to meet and exchange conversation with artists, authors, business leaders and other speakers who host presentations at our Space. We are open to any ideas for future events we should offer and actively look for ways to collaborate with other organizations with common goals.

Or stop by for a visit. American Space Valencia is located on the first floor of Building 4P at the Universidad Politécnica de Valencia. (Temporarily closed)

How can we get involved?
All of our activities are run by volunteers and they are all doing incredible things with the help of people like you.
Maybe you can dedicate an hour a week or even an hour a month to help us make American Space Valencia even better! Would you be interested in volunteering to lead or participate in the following activities?

• English discussion clubs where possible topics include America in the news, American sports, American TV and films, etc.
• Craft clubs, as other American Spaces are doing sessions on how to make jewelry, scrapbooking, how to knit or sew, etc. Your ideas are very welcome here and the possibilities are endless.
• Technology clubs to learn how to make Android apps, how to make videos, use YouTube effectively, computer skills and programming.
• Digital storytelling and how to make trailers for either children’s or adult books.
• Celebrate typical American holidays.
• English debate club for friendly competition.
• English theater for children or adults.
Plus, any other activities you might be interested in and would like to propose!