You are here: Home  /  Editorial  /  Baleària promotes its commitment to sustainability at COP26
Editorial 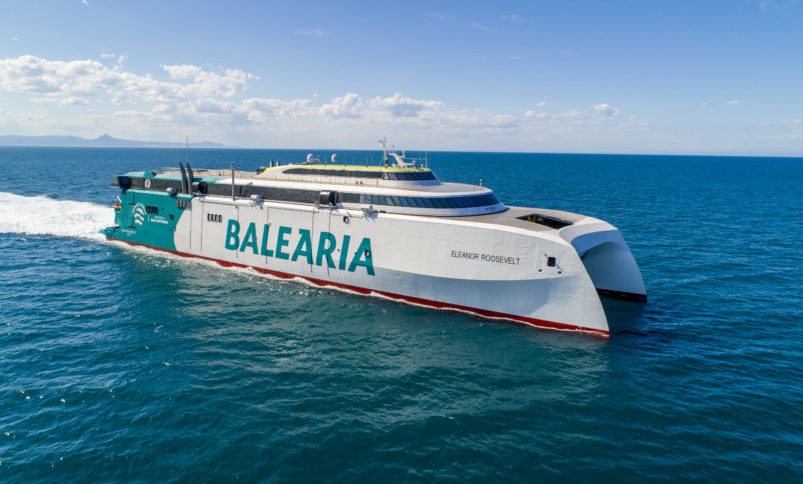 Baleària promotes its commitment to sustainability at COP26

#Baleària promotes its commitment to sustainability at COP26

The shipping company participates for the first time in the world’s leading climate summit.

For the first time in its history, Baleària will take part in the United Nations Framework Convention on Climate Change, known as the Conference of the Parties or COP26, which will be held in Glasgow from 31 October to 12 November. Javier Cervera, Head of Energy Transition at Baleària, will attend the negotiation plenaries of this 26th edition as an Observer Member of the United Nations thanks to the fact that the shipping company has been a Gold member of the Fundación Empresa y Clima (FEC) since last year.

The shipping company will be part of the team of representatives of the foundation in the events parallel to the convention, in the so-called blue zone, a physical space for members of national delegations, UN workers, media and observer organisations. In these forums, country delegates meet for formal negotiations and informal consultations. Similarly, they may also participate in meetings with other delegations to clarify their positions and interests when the objective is to reach agreement or overcome an impasse in the negotiations.

“Being present for the first time at such a decisive summit for the future of our society is a transcendental opportunity to project and promote our commitment to the defence of the planet and the sustainable development objectives established by the United Nations. Baleària’s firm commitment to sustainability is one of the hallmarks of our business model, and is a decision that responds to criteria of social responsibility and economic profitability”, explained Cervera.

It should be remembered that Baleària’s environmental commitment has led it to commit to the use of natural gas, in which it has invested 380 million euros to have a fleet of up to 9 new generation ships, including new constructions and re-engineering, which unite its two main strategic axes: energy efficiency and decarbonisation (thanks to the use of more eco-efficient fuels) and digitalisation (smart ships). On the other hand, it has also immersed itself in cross-cutting projects such as the European Union’s Green and Connected Ports, through which it has installed sensors and measurement systems on some of its ships to monitor and manage fuel use and emissions in real time.

Under the theme “Bringing the world together to tackle climate change”, the upcoming conference will bring together representatives from 200 governments to address the urgency and opportunities of moving towards a carbon neutral economy, as well as the power of international cooperation to tackle the most complex challenges. The current edition of this UN-driven meeting is being technically organised by the United Kingdom and Italy, and is being held after the postponement of the meeting scheduled for November 2020 due to the Covid-19 pandemic, with the aim of defining concrete actions by countries to achieve zero emissions by 2050, as well as setting out the lines of work to jointly reduce global warming to below 2°C and continuing efforts to limit it to 1.5°C, as established in the Paris Agreement.