You are here: Home  /  Places  /  BEING A DIGITAL NOMAD IN VALENCIA
Places 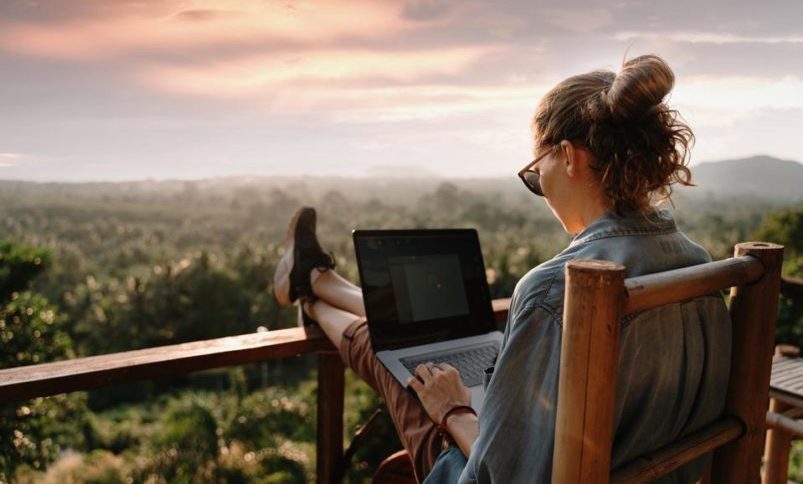 BEING A DIGITAL NOMAD IN VALENCIA

##With the past year or two seeing employees leave their offices to work from home, many are now choosing not to return to their official place of work and instead continue their employment remotely. This decision has seen some workers move out of the city that they previously lived in and make the move to live a more rural lifestyle. It has also seen others move abroad to places such as Valencia and become digital nomads.

A digital nomad is a person who conducts their work in an isolated manner and uses communications technology, such as a telephone or a computer, to enable them to communicate with their colleagues and still work to their best abilities. Becoming a digital nomad is becoming more of a popular choice. It is being estimated that, by 2035, there will be one billion digital nomads situated around the world.

If you are looking to become a digital nomad or an expat (someone who doesn’t live in their native country), then Valencia may be the place. VALENCIA was recently declared “the best and most desirable city to live in as a foreign citizen” by the Expat Insider Survey published by InterNations. Valencia also came first worldwide in the categories, Quality of Urban Living and the Local Cost of Living Indices. The survey placed Valencia second in the climate category due to its warm but pleasant temperatures. Valencia was ranked near the top in a number of the categories in the Expat Insider Survey. Its only con was that many found it difficult to secure local employment, presumably not a problem for digital nomads.

Whilst making the move to change your work habits and move abroad may seem like a big decision, Valencia has several different buildings that are used for coworking and at a reasonable price too. Therefore, if you want to make the move to Valencia but don’t want to lose the environment of working with others around you, these spaces will be pretty much perfect.

Wayco is one of the more popular coworking spaces that Valencia has to offer. It also has two different locations, one in the hip barrio ‘Ruzafa’ and one in the fairly central ‘Abastos’ area near Plaza España. Both locations have plenty of space with desks, private offices, resting areas and meeting rooms. They also both have a quick broadband connection and ‘Wayco Abastos’ has a cafeteria and terrace too.

The next reason why Valencia is liked by digital nomads is because of its great work and social life balance. Shown to be a city that offers everything, without being overcrowded, many digital nomads choose Valencia for its ability to allow a person to enjoy their work whilst simultaneously enjoying the city’s streets and culture.

A positive to becoming a digital nomad in Valencia is its beaches. For many, there’s nothing better than shutting down their computer and heading off to the beach. It’s only in certain places you can find yourself finishing work to then find yourself, ten minutes later, having fun on the sand! An example of one of the eight beaches that are in Valencia and its surrounding areas is Malvarrosa Beach. A beautiful Mediterranean beach with its golden sand and a promenade with various restaurants next door, Malvarrosa Beach is loved by many.

For those, who are thinking about choosing to become a digital nomad, unfortunately, it is not as simple as booking a flight to Valencia. Initially, a visa will need to be secured. There is no official Spanish digital nomad visa; instead, there are four other options for a visa. These are a Schengen Visa, Non-Lucrative Visa, Self-Employment Visa or a Working Holiday Visa. The decision on which visa is the best visa to secure depends on nationality and travel purposes. It also depends on the length of stay.

Then once in Valencia, a digital nomad may need to pay Spanish Personal Income Tax… depending on if they are working remotely or how long they are in Spain.

Whilst becoming a digital nomad is not plain sailing by any means, its benefits are quite positive. Those who are already living as digital nomads in Valencia are shown to love their new lifestyle and, via surveys, have said they would thoroughly recommend that others make the same choice.