You are here: Home  /  Editorial  /  FALLAS… BUSINESS AS USUAL
Editorial 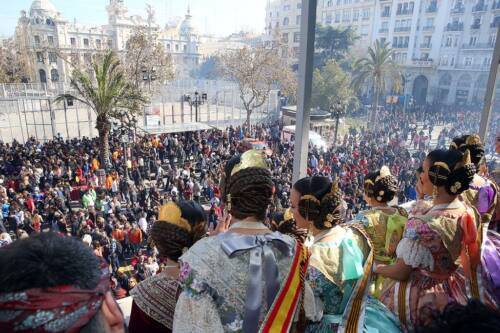 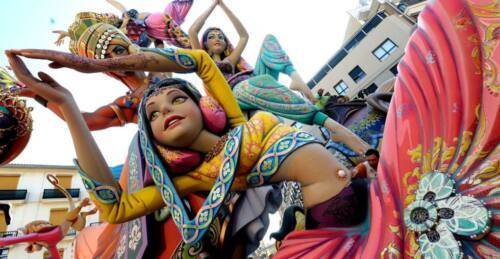 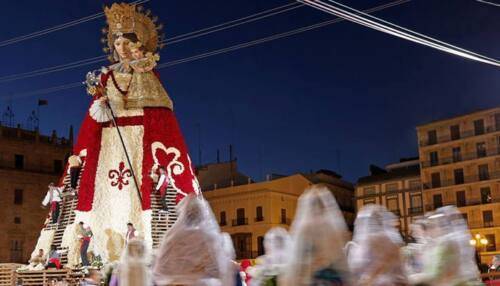 Fallas is back…Foc i fum, ducks and teapots

The way things are at the moment, many might question the sanity of anyone who is willing to spend millions of Euros on erecting huge papier-mâché ‘‘monuments’’ only to gleefully burn them to cinders just a week later. You also might be forgiven for thinking (especially if you’ve witnessed the financial state of the city’s two football clubs) that spending money like there’s no tomorrow is an integral part of the Valencia character. Forget the credit crunch, in the crazy world of Fallas it all seems more or less business as usual.

A few years back, the fourteen fallas monuments in the special section (kind of a Fallas premier league)had a total cost of 8,576,721 Euros between them.Not a figure to be sneezed at. At first sight, the ones who have been most effected by the big crunch are Nou Campanar. Millionaire property developer Juan Armiñana (the Fallas equivalent of Roman Ambramovich) resigned his presidency of the falla and taken his recession-hit money bags with him. Those who now run Nou Campanar a few years back cut back the 180 grand they spent on the children’s falla to ‘just’ 20,000 Euros (which is marginally less than former Council leader Francisco Camps’ annual bill at the tailor) but they still managed to stump up nearly a million Euros for the main falla, making it the most expensive Fallas monument in history not so long ago…

Falleros would point out that the festival generates a lot of money for the city and more than pays for itself, attracting droves of tourists and helping to sell huge amounts of deep-fried dough balls, hundreds and thousands of blue and white checked napkins (worn around the neck) and millions of plastic cups of warm beer. All the fallas are designed and built by Valencia companies so, unlike the Grand Pix  or the America’s Cup, at least the money stays in the city. But for many Valencians it was never about the money.

What’s important is the Fiesta, civic pride and making huge booming noises. Forget your troubles for a week and burn them away in the purifying flames and at the same time show Valencia off to the world, have a few drinks and see some amazing fireworks displays. After all, Fallas was celebrated during the Civil War, after the devastating flood in ‘58 and even after the Valencia football club went down to the second division in the ‘80s, so why should a little thing like the total collapse of the world economy change anything?

Fallas, of course, isn’t just about the big spenders. Most of the parading, partying and fun and fireworks goes on in the smaller grassroots fallas. Not everyone, as is often painfully obvious, can spend one million Euros on their artistic papier-mâché  bonfires, nor do they desire to. Out in the barrios, most of the money goes on bottles of beer, packets of crisps and chocolate fountains for the kids. And quite right too, it’s all a question of priorities. Officially the cheapest falla a few years back was Poetas Anónimos-Real de Gandia which cost a mere 1,070 Euros. Now, that must still be be worth a visit this year.

Even in the smallest fallas the falleros spend thousands of Euros on their traditional costumes and dresses which they wear at different events throughout the year. For the parades during the offering of flowers to the Virgin (La Ofrenda) they dress, at great personal expense, in the beautiful clothes of their eighteenth century ancestors. After studying old engravings in an attempt at authenticity, no detail is overlooked right down to the men’s  long stockings and the women’s hairstyles. Then on the big day they completely ruin the effect by adding sunglasses, chewing gum and taking photos of themselves on mobile phones. All to the tune of a marching band playing pasodobles.

While the banking crisis doesn’t seem to have influenced Las Fallas, the EU are trying their best. Despite the late Valencia mayor Rita Barberá going to Brussels a few years ago to plead her case, the powers that be decreed that the security fences be placed an extra five metres further back during the incredibly loud bang fest that is the must-see daily Mascletà in the Plaza del Ayuntamiento. Expect it to be equally as loud. The fallas around the city also organise their own mascletàs and with all that gunpowder around each falla must have its own safety officer. This is often a large, mustachioed man with a penchant for rum and coke who’s been on a one week special safety course with the police and fire brigade, so you needn’t worry.

Policemen and firemen also go around the schools to give talks to the kids, not to warn them to stay away from fireworks but to teach them how to light them properly. On the night of the Cremà, when they set the monuments alight, there will be 375 firemen on duty in Valencia, 300 of them solely dedicated to Fallas-related business. They attend each cremà and hose down anything that might be in danger of catching fire, often including the watching crowd.

Not everybody in Valencia loves Fallas. The loud street parties or Verbenas, the 420 streets that are closed to traffic (sometimes from 7 March and the Despertà (the throwing of loud bangers followed by a marching band at 8 in the morning specifically designed to wake everyone up) are not always welcomed by some local residents. Those who don’t like it often get off to the mountains. If you have to work, Fallas can make life very difficult. But if you didn’t close the streets, the falleros argue, you wouldn’t experience that magical metamorphosis of the city that is an integral part of the celebrations. It just wouldn’t be the same with loads of traffic everywhere and the Metro seems to run twenty-four hours a day anyway. In one incident in Torrente,  a woman complained so often and so vehemently about the noise the Casal (the falleros’ social club) was creating, that they have now honoured her by making a ninot (figure) in her image as part of the falla. She’s taking them to court.

The local Council has launched a campaign to improve mutual understanding between falleros and dissenting local residents in an attempt to get the casals not to go over the top on the noise and for the neighbours to integrate with and enjoy the festival. According to local councillor and once head of the  Junta Central Fallero Felix Crespo, ‘‘We are all falleros and we are all local residents’’. Perhaps the best advice is to live it to the full. Enjoy the fun, music and firework displays (especially the breathtaking castillos in the riverbed after midnight) while you can. By the morning of 20 March everything will be burned down and cleaned away, and then it’s back to the credit crunch.