You are here: Home  /  Food  /  PAELLA GIVEN ‘PROTECTED STATUS’ AS A CULTURALLY SIGNIFICANT DISH
Food 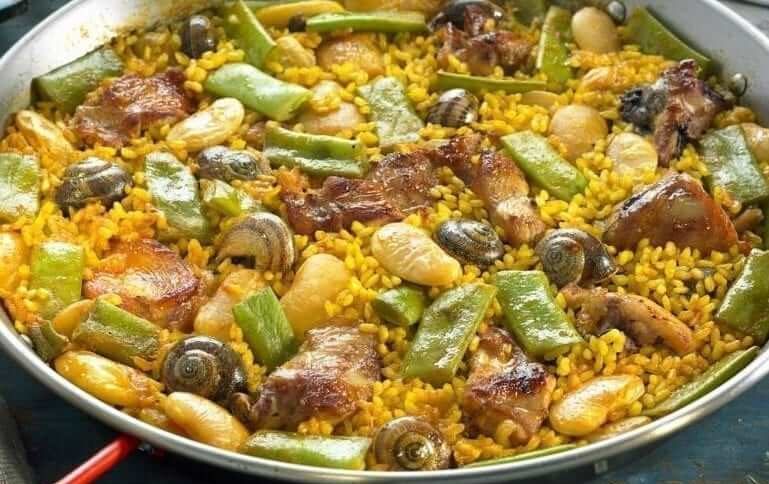 PAELLA GIVEN ‘PROTECTED STATUS’ AS A CULTURALLY SIGNIFICANT DISH

Nothing is more synonymous with the culture and identity of Valencia than the classic paella dish. Paella is to be granted the status of ‘an asset of cultural interest’ in order to preserve the recipe and cultural tradition of the iconic Spanish meal.

A  declaration by the Valencian government states that “Paella is not only a dish in itself. Its elaboration and the art involved in its preparation and tasting make it a true social phenomenon”.

Throughout the 19th century, paella would be cooked en masse for the local campesinos and farmers for various reasons. For example, it is a dish that is a well-balanced mix of protein, carbohydrates and vegetables, and also its core ingredients (fish, meat, vegetables, olive oil, rice) are abundant within the classic Mediterranean diet.

This culture of cooking for a large group of people is what lies at the heart of the paella, a collaborative and shared experience that transcends being simply just a meal. In fact, the government’s declaration states that the dish is “the symbol of a Sunday family lunch … and represents a feeling of identity and continuity that we need to protect, maintain, and pass on”.

Not only is paella now an asset of cultural interest, it has also received extra forms of attention and protection, such as deeper levels of research into the dish and clear documentation that ensures the correct recipe/cooking instructions will be passed down through the generations.

Paella takes its name from the paellera, the utensil in which it is cooked, a flat round pan with two handles; paella is traditionally eaten from the pan. There are many different types of paella. Of course, the most traditional and significant is the Valencian paella, which consists of saffron flavoured rice cooked with chicken, rabbit and snails (although the specific meats used sometimes vary).

There is also the seafood paella (also known as paella marinera), vegetarian paella or the black rice paella. The fact that this dish has spawned such a variety of alternative recipes is a testament to its unique style, significance and cultural heritage.