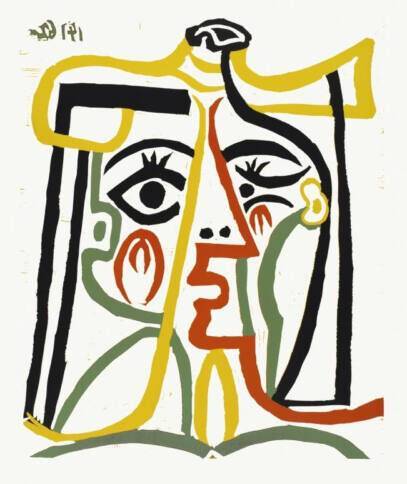 ##24/7 Valencia:Could you tell us more about the Picasso exhibition?

The exhibition, which has the collaboration of Bankia, brings together a selection of 228 works, dated between 1961 and 1972, from Picasso’s graphic work collection belonging to the Bancaja Foundation, which are shown together with 35 photographs taken of the artist between 1944 and 1969 from the collections of the Museu Picasso in Barcelona.

Along with a selection of linoleum and the complete series of Family Portrait (1961-62) and The Smokers (1964), the exhibition is based mainly on Picasso’s production on paper in Suite 347 (1968) and Suite 156 (1970-72) which, in the words of Fernando Castro, constitute “one of his most intense works, a truly frenetic cycle in which he takes up all his imagery, from the central theme of the ‘painter and model’ to the reconsideration of the history of art, introducing humorous tones that, at times, slide towards the grotesque. The works of these years, created with the same obsession as when he was young, form a ‘self-portrait’ in the form of an erotic diary, recording his fantasies and disappointments.”

This approach to the mature Picasso is completed with the exhibition of photographs by some of the most relevant photographers who have left testimony of the artist’s personal and creative environment. The photographs on display are signed by David Douglas Duncan, André Villers, Jacqueline Roque, Robert Capa, Edward Quinn, Michel Sima, Lucien Clergue and Roberto Otero. The images show Pablo Picasso working in his last years in some of his studios.

The exhibition also includes extracts from three films in which Picasso is the protagonist and in which he is also seen working in his studies and engaged in the process of creation: Pablo Picasso a Vallauris (1954), by Luciano Emmer; Guerre, paix et amour (1972), by Lucien Clergue; and The Mystery of Picasso (1956), by Henri-Georges Clouzot.

On the occasion of the exhibition, a catalogue has been published with the reproduction of the works present in the exhibition and critical texts by the curator, Fernando Castro, and the director of the Museu Picasso de Barcelona, Emmanuel Guigon. In addition, with the aim of deepening the work of Picasso, the Pablo Picasso seminar will take place during the months of January and February. Models of Desire and Graphic Obsessions, which will be attended by researchers, critics and art specialists.

Within the complementary activities, different didactic workshops will also be developed for schoolchildren and children, people with disabilities, and people at risk of social exclusion.”