Les Arts broadcasts through its website its production of the tetralogy ‘El anillo del Nibelungo.’

– Zubin Mehta, on the podium, and Carlus Padrissa, from La Fura dels Baus, in the staging, direct the most awarded production of Les Arts…

– Les Arts reminds you that each title will be available for viewing for a period of 48 hours from the date assigned to each opera via their website https://www.lesarts .com/

This week the Palau de les Arts begins the online broadcast from its website of the production of ‘El anillo del Nibelungo’, by Richard Wagner.

Starting this Monday, 6th April, at 6 pm, with the broadcast of the first of the titles ‘El oro del Rin’ (The Gold of the Rhine), Les Arts will continue with the cycle ‘Opera from Home’, with which they are making the most emblematic titles from their video catalogue available to the public. The initiative is possible thanks to the collaboration of Unitel GmbH & Co.KG, co-owner of the recordings.

The broadcast of the tetralogy will be completed with ‘The Valkyrie’ on Wednesday 8th April, ‘Siegfried’ on Friday 10th April and ‘The Twilight of the Gods’ on Sunday 12th April. Les Arts reminds you that each title will be available for viewing for a period of 48 hours from the date assigned to each opera. Due to their duration, the start time for the broadcast of each of the titles that make up ‘El anillo del Nibelungo’ will be at 6 pm.

Zubin Mehta on the podium and Carlus Padrissa from La Fura dels Baus for the staging sign ‘El anillo del Nibelungo’, a co-production by Les Arts with the Maggio Musicale Fiorentino, winner of two Teatro Campoamor Lyric Awards, as well as the Franco Abbiati Award from the Italian critics.

Carlus Padrissa, in turn, proposes a staging that integrates the elements and scenic resources that Wagner himself designed, together with components from the language of La Fura dels Baus, with video projections, light effects, multimedia costumes and impressive samples of human architecture.

The high definition recording by Unitel of ‘El anillo del Nibelungo’ in Valencia and its marketing on DVD and Blue-ray under the C Major label made the production and the Palau de les Arts known to the rest of Europe, the United States and Japan.

This projection was increased by the exhibition of this work in theatres in Australia, the United States, Ireland, New Zealand and the United Kingdom, as well as its subsequent broadcast by the German-speaking channels ZDF, 3Sat and ÖRF, and the British Sky Arts.

Among the mentions obtained in its journey in the digital market, the tetralogy has obtained an ICMA award from the European critics, two mentions from the association of German record critics, an Echo Klassik, the Choc from the French magazine ‘Classica’, the Diamant d’Opéra from ‘Opéra Magazine’ and the Diapason d’Or… 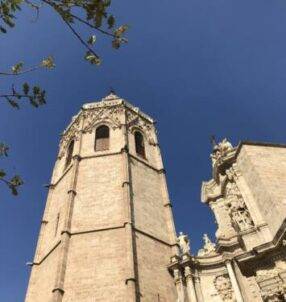