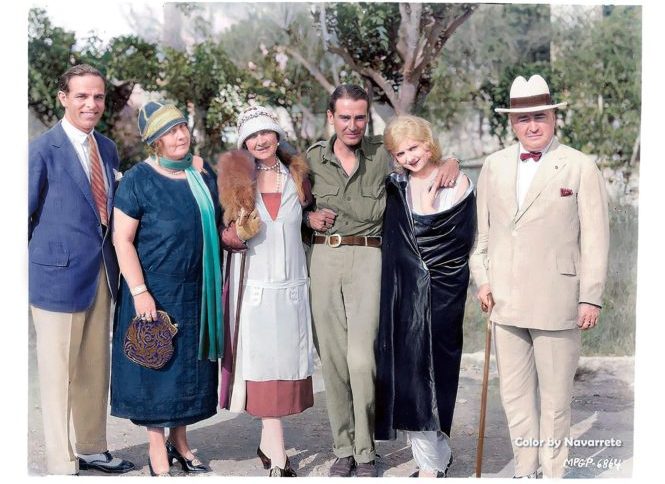 Novelist, journalist, politician, war correspondent, founder of Utopian communes, publisher of books and newspapers, voluntary exile, tireless traveller, political prisoner, anti-clerical, duellist and womaniser…Vicente Blasco Ibáñez was born in Valencia in 1867. His novels have made him one of Valencia’s most celebrated literary sons but, just like so many Valencia Football Club managers, he always considered himself to be a man of action rather than words.

Blasco Ibáñez is the most translated Spanish writer of all time after Cervantes and 17 of his books have been made into films. He wrote more than 20 novels, but his best known works internationally are “Blood and Sand” from 1908, later brought to the cinema in a Hollywood blockbuster starring Rudolf Valentino, and “The Four Horseman of the Apocalypse” from 1916, for which he was awarded membership in the French Légion d’Honneur. These two novels in particular brought him great wealth. “Horsemen” spent twelve months at the top of the US bestsellers list in 1916 and 1917 and, to Blasco Ibáñez’s great personal delight, outsold even the Bible in the middle of the Great War. The novel has had four separate screen adaptations, the most famous directed by Orson Welles.

In Spain, he is better known for his earlier period of regional novels, which many critics claim to be vastly superior to his international best sellers. Titles like “Cañas y Barro”, “La Barraca”, “Entre Naranjos” and “Arroz y Tartana”, which were all written between 1894 and 1902, reflected the harsh life of the rural lower classes in the Valencia Region at the beginning of the Industrial Revolution. Progressive and social realist, they were highly critical of both the ruling classes and the closed-minded and (literally) stuck-in-the-mud attitude of the Valencian peasants themselves.

The money he made from the regional books gave him the freedom to spend the next two years writing his three darkest, almost Kafkaesque, attacks on social injustice and the power of the church, “The Cathedral” (1903), “The Intruder” (1904) and “The Hoard” (1905). As the archetypal champagne socialist, the stark social criticism of the novels contrasted sharply with his playboy lifestyle, with a harem of lovers in his luxury homes on the beach at Malvarrosa and at Menton on the French Riviera (both of which have been made into museums dedicated to his life*). This was far and away his least commercial but probably most personal period, and you’d be hard pushed to find any copies of his books from this period in FNAC or El Corte Inglés (and most critics would say “quite rightly so”). But there was no putting the man down and he then followed it up with 11 consecutive international bestsellers, including “Blood and Sand”, “Four Horsemen” and “Mare Nostrum”.

Throughout his life, he was largely rejected by his literary peers and in particular by the renowned group of intellectual writers of the time collectively known as ‘La Generación del 98’, who considered him too commercial. Not that he was too bothered, with his palatial homes in the south of France, New York and Valencia, and to some extent he openly enjoyed the ostracism. When asked why he was never accepted as part of the “Generación”, his laconic reply was: “Because people actually buy my books”.

As a politician, Blasco Ibáñez was what you might call a utopian and what you’d almost certainly call a maverick. He founded his own Valencian political party, the Republican separatist Partido Federal, in 1891, only to be expelled by his own former supporters five years later. He then joined the Partido Republicano Federal and served as an MP from 1898 to 1907. After falling out for the umpteenth time with his colleagues, in 1909 he decided to create another party more in his own image, the Partido Republicano, known in the press as the “Blasquistas”. The party was based on three principles close to Blasco Ibáñez’s idealistic heart: “We are Valencian, utopian and staunchly anti-clerical”. He financed the party throughout with grand and somewhat eccentric gestures, such as the time he paid for a plane to drop leaflets all over Spanish territory carrying his speech entitled “Por España y Contra el Rey”. As you can imagine King Alfonso XIII wasn’t best pleased and called for his arrest. This type of thing was nothing new to Blasco Ibáñez who throughout his life was arrested more than 30 times both for political reasons and, more often than not, as a result of his womanising. He was well acquainted with local judges and never imprisoned for too long. He was never slow to say his piece and actively sought political controversy, which along with an ever- growing queue of offended husbands meant that he was involved in more than 20 non-fatal, first blood duels (life was too much fun to risk actually being killed). Amazingly, the Blasquistas outlasted even the man himself until the party was finally disbanded after a disastrous result in the 1936 election with Spain on the verge of civil war.

Blasco Ibáñez was fiercely Valencian but also a citizen of the world. He always kept his home on Malvarrosa Beach (where his dutiful, long-suffering wife waited for him) but he lived at different times in his life in Mexico, Argentina, France, New York, Rome and Florence, and travelled to Mongolia and China, always surrounded by the trappings of his millionaire lifestyle. In 1909, he went to Patagonia in the south of Argentina, where he set up two utopian communes called “Ciudad Cervantes” and “Nueva Valencia”. The societies were to be cooperative and self-sufficient and incorporated Valencian farming methods, supervised by dozens of Valencia farmers Blasco Ibáñez had brought along with him. The experiment was a financial disaster but the towns he founded still exist and he came back to Spain having lost a lot of money but happy. We’re not sure what happened to the Valencia farmers. In 1916, he worked as a war correspondent all over Europe reporting on the Great War for various international newspapers. It was a labour of love as he didn’t exactly need the money. In 1920, he spent a year on a lecture tour of the United States hosting conferences on ‘El Quijote’, for which he earned $1,000 dollars a time, a veritable fortune in those days, but then, you have to pay the rent somehow.

Blasco Ibáñez died in Menton in France in 1928 having made many friends and enemies, made and lost a few fortunes and having lived a full and eventful life. His body was brought back to Valencia in 1933. His grave was neglected during the dictatorship (Franco wasn’t really a fan of his work) but since 1976 he has been given full honours and has a big, brash, noisy avenue named after him.

2017 marked the 150th anniversary of his birth. Valencia celebrated this throughout the year with events and exhibitions in honour of Blasco Ibañez, a person who Valencia mayor Joan Ribó described as the “most universal Valencian citizen of the last few centuries.”