You are here: Home  /  Editorial  /  Baleària is highly satisfied with the innovative ‘Eleanor Roosevelt’
Editorial 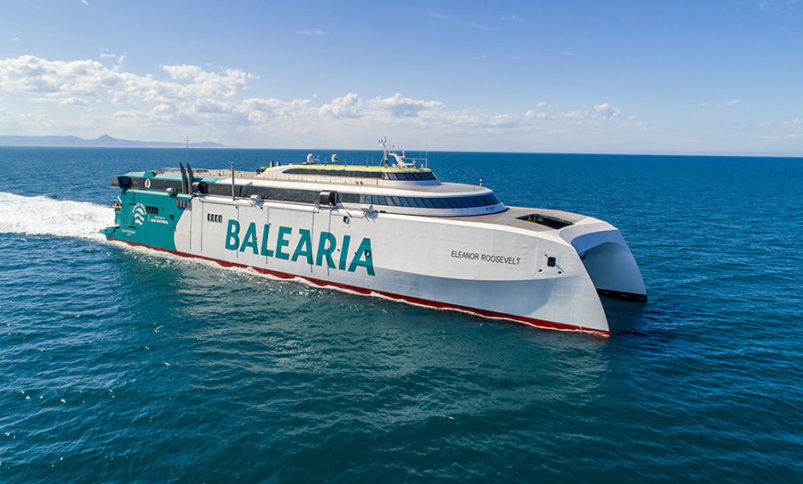 Baleària is highly satisfied with the innovative ‘Eleanor Roosevelt’

## Baleària is highly satisfied with the innovative ‘Eleanor Roosevelt’ and the excellent reception among customers in its first three months.

Passengers rate the ship with a 9.2 and show an excellent loyalty index.

The shipping company has stopped emitting more than 3,300 tons of CO2 in the first three months of operation of the fast ferry.

The president of Baleària, Adolfo Utor, considers that the Eleanor Roosevelt fast ferry, which has been operating for three months on the Palma-Ibiza-Dénia line, “is technologically a jewel” and points out that “the results in navigability, comfort, vibrations and acoustics of this Spanish prototype, as well as the acceptance by the users, are exceptional”.

The catamaran, which is a benchmark in sustainability and digitalization, features high-tech innovations that reduce movement, vibrations and noise for a more comfortable crossing. “It is a very technologically advanced ship, a prototype that incorporates dual natural gas propellers, and technological and digital advances that make it unique in its class,” Utor points out in the balance of the first three months operating. A scheduled warranty drydocking is scheduled for the off-season, which is customary in this type of innovative project, where warranty checks will be carried out to improve aspects of the project, such as speed, maneuverability and LNG power generation.

This fast ferry, the first in the world to sail with natural gas engines, has enabled the shipping company to stop emitting more than 3,300 tons of CO2 since it started operating on May 1. This represents a reduction of -32% of C02 compared to if the ship had sailed with diesel these three months. According to the shipping company’s calculations, this innovative vessel will annually reduce carbon dioxide emissions equivalent to planting almost 27,000 trees.

Fuel consumption and engine efficiency is monitored thanks to sensors installed on board, as part of the EU’s Green and Connected Ports project. Baleària will complete its gas fleet plan in the coming months -when it incorporates the ninth ship powered by this cleaner fuel- in which it has invested 380 million euros, becoming a pioneering shipping company worldwide in the field of sustainability.

More than 22,000 users to the SmartB platform

The fast ferry has capacity for 1,200 passengers and 450 vehicles, and also stands out for the digitalization of its services, which have been very well received by passengers. More than 22,000 unique users have registered on the SmartB platform, and passengers have viewed more than 4,000 hours of free multimedia entertainment. From this platform, all passengers have WhatsApp coverage for text messages throughout the crossing; more than 1,000 Internet access vouchers have also been contracted and more than 2,000 views have been registered for the webcams installed in the pet cages. 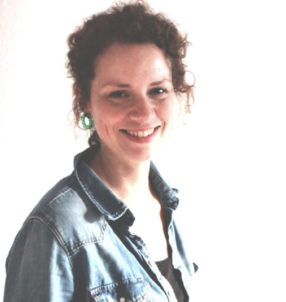 LANGUAGE LEARNING….‘IN THE MOOD FOR SPANISH’