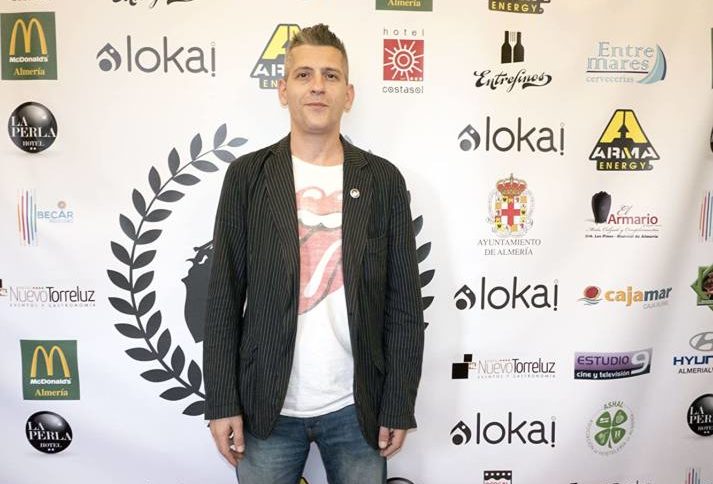 24/7 VALENCIA: Tell us something about your upbringing and education…

DANNY GARCIA:I was born in Barcelona where I lived before moving to London in the nineties. I received the same education the average Joe did. Luckily for me I was brought up with music, cinema and art around me and my parents encouraged me and my brothers to do whatever it was we wanted to do.

Is rock’n’roll about more than just the music?
Yes, it’s a road to ruin as the Ramones would put it. Or as Joe Strummer sang: “On the road to Rock & Roll there’s a lot of wreckage in the ravine”.

Could you tell us more about your latest documentary ‘Rolling Stone: Life and Death of Brian Jones’?
That was a personal dream of mine, to be able to make a film about Brian and interview as many of his friends and colleagues as we could. That’s really the most interesting part of making these documentaries, to meet people like Keith Altham, Prince Stash, The Pretty Things, Cleo Sylvestre, Chris Farlowe, Zouzou… legendary people who lived and worked with Brian and who could really tell us what was going on with him and around him.

Was Jones more of a pioneer than people care to admit?
Brian was a pioneer of slide guitar in the UK, that’s for sure. He was also a fashion icon during the 60s and his influence was huge all around the world. Not only because of his talent as a multi-instrumentalist and his look but also because of his rebellious attitude. The Stones were viewed in the 60s as the Pistols were in the 70s, just so you get an idea.

Describe a typical month for you in Barcelona…
I haven’t lived in Barcelona for the last 15 years. I stay in a quiet spot in Costa Brava instead… where I basically work on my productions from home.

Have you visited Valencia?
Yes, many times, I love it there. First time I was in Valencia was in the 80s, when I was a kid. It’s quite amazing how the city has transformed through the years.

Please explain the process of working on ‘Yo Soy La Juani.’
I was just involved in the production of one of the tracks included in the soundtrack. I like Bigas’ work so it was cool to meet him at the premiere and all that.

Can you tell us something more about your film work regarding The Clash, Sid and Nancy, Johnny Thunders?
Growing up my heroes were The Rolling Stones, The Clash, the Pistols, Johnny Thunders, Ramones, etc. So it was easy for me to dwell on and delve into these subjects because I already knew about their lives and their careers and so on.

Is the future for film and music via the internet?
It sure seems that way but I don’t think people will stop going to the cinemas once this pandemic is over.

What are your plans for the future?
I’m working on a new documentary on Sid’s last shows in New York City. We’ve obtained the only existing footage of Sid live at Max’s and it’s actually mind-blowing.