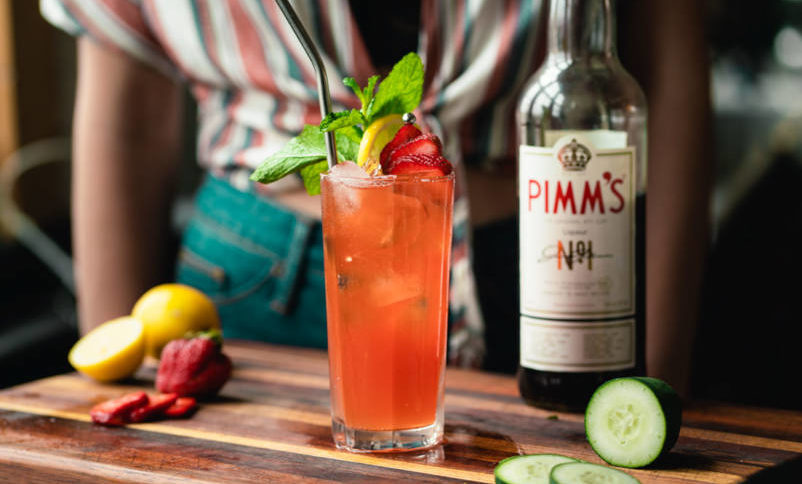 ##Summer is a time to enjoy that drink that is the epitome of verano, a refreshing cup of Pimm’s.

In case you can’t get your hands on it, as the liqueur itself is not so readily available here in Spain, we trace its origins back to the 1840s and an oyster bar in the city of London, where we follow in the footsteps of its inventor, James Tee Pimm, and do a little mixing of our own.

James Pimm’s tonic, a gin-based elixir laced with bitter and spiced botanicals, was originally intended as an aid to digestion and served in a small tankard known as a ‘No. 1 Cup’. He then went on to invent other versions with whisky, brandy, rum, rye and vodka, known respectively as 2, 3, 4, 5 and 6 Cup.

Probably owing to the oyster bar’s proximity to the city of London, the drink was well supported by Mr. Pimm’s yuppie clientele and was soon a hit in fashionable society throughout the Empire, where the sun never sets. The refreshing mix of alcohol citrus flavours, cucumber and mint make it a firm Summer favourite. Some 80,000 half pints of Pimm’s No. 1 Cup are downed during the Wimbledon tennis fortnight alone.

So using Pimm’s pre-World War One advertising slogan, “By my gaff and ghillie, I could do with a Pimm’s No. 1!”, let’s get mixing!

Preparation
Mix all the ingredients and garnish beautifully. Serve with ice and enjoy.