You are here: Home  /  drinks  /  Science, common sense and brewing mastery: how to avoid the most common mistakes when pouring a beer
drinks 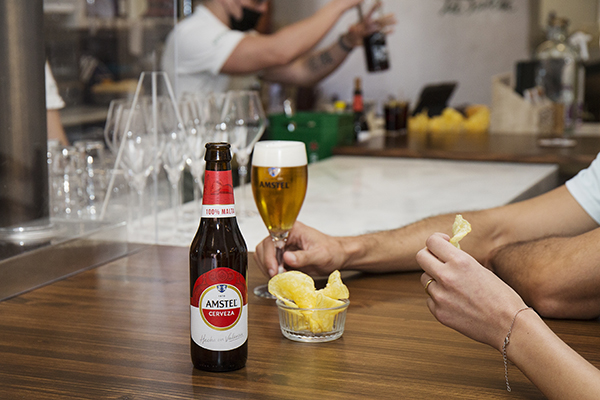 Science, common sense and brewing mastery: how to avoid the most common mistakes when pouring a beer

A must, it is one of the hits of the summer, a guaranteed success on any terrace, ‘verbena’, gathering with friends and family, esmorzaret or aperitif. Throughout the year, but especially in the summer months, the mind and heart ask for a ‘cool beer’ to soothe the heat and offer that much-needed holiday flavour.

But, perhaps driven by the craving, it is also one of the times when the celestial golden liquid is most often attacked. The Valencian Rafa Sánchez, one of the most outstanding veteran brewmasters in the profession, with thirty years of experience and numerous international awards thanks to his recipes for Amstel Original and Amstel Oro, such as the World Beer Awards or the Superior Taste Awards, points out some of the sins and pleasures of beer. Because serving a beer can lead to heaven… or hell.

24/7 VALENCIA:CAN YOU GIVE US SOME MORE INFORMATION; PLEASE?

Rafa Sánchez, Valencian Amstel brewmaster: “Yes, delighted to be of help for all beer drinkers this summer…

Iced glass //
It may be appetising to look at, but serving beer in a frosty glass is a bad idea.
For a start, the container has been thrown into a freezer uncovered, perhaps coming into contact with other food or packaging. When thawed, at best, traces of its aromas and flavours can be discovered. At worst, traces of dishwasher residue.
But even if you do it at home, it is not a good idea. When serving a beer in an iced glass, the bubbles stick to the thin layer of ice, thicken and can crystallise, forming small clusters that look like floating bits of plastic. In addition, as the glass is tempered, the ice melts and the water level in the beer is artificially increased.

Tube glass //
Apart from being very unstylish, drinking beer from a shot glass is not the best option. For starters, every time you pick it up to take a sip, your hand covers the entire glass and heats it up.
To continue, such a narrow diameter affects carbonation (the rise of natural gas, produced in the brewing process). This leads to a concentration of volatiles, the particles where the aromas are stored. Thus, the tube glass can ruin the experience of savouring beers with more intense flavours and aromatic notes (e.g. Amstel Gold, with triple roasted 100% barley malt).

Mix with a room-temperature lemon soda //
When the orders multiply and the heat gets hotter, it is common to see open bottles of soft drink next to the taps to speed up the service for those who prefer to mix their beer with lemon. But this mixture is made by eye, with soft drinks that have a low percentage of citrus, as well as often being out of order and/or hot. The result: the temperature of the beer is immediately increased and the decarbonation of the beer is favoured, with the loss of aromas and foam.
Sánchez, like any master brewer, recommends going to a Radler (with or without alcohol) already prepared because it is served at a stable temperature and has a pre-established mixture, which has been studied so that it has personality and is balanced. In the case of Amstel’s Radler, it has natural citrus juice, which includes mostly lemon, but also small proportions of lime and acerola. A tasty, much healthier, fizzy and refreshing recipe with only 2% Alc.

Going too cold //
Crossing oceans of heat to get to the beach bar, bar, restaurant or home can lead you to dream of a beer that is the cooler the better. But beware, because going too cold ruins the beer experience.
If the beer freezes or slushes, its natural carbon dioxide, the result of malt fermentation, is trapped. This has two consequences. On the one hand, the bubbles are no longer released and, with them, the refreshing sensation. On the other hand, no foam is formed and pleasant aromas, such as hops or fruity notes, can remain hidden, affecting the taste (the relationship between taste and smell is well documented). And the colder the beer is, the less its aromas and flavours are appreciated).
The best thing to do is to follow the serving instructions that usually appear on the label of each beer. In the case of Amstel Original and Amstel Radler (with its non-alcoholic varieties), the correct temperature is 0 to 3 degrees. While for Amstel Gold (with and without alcohol), as it has more intense aromas and flavour, it is recommended to drink it between 2 and 4 degrees to better appreciate it.

Quickly quench your thirst with a couple of cool beers… non-alcoholic //
On one of those hot summer days, it’s great to be able to drink as much beer as your body wants without it going to your head. Spain leads in the production and sale of non-alcoholic beers in Europe. A commitment to responsible consumption that has many benefits, as it preserves the contribution of vitamins and minerals (folic acid, potassium, iron and zinc) with fewer calories. And there is plenty to choose from, as almost any beer has a non-alcoholic version. In the case of Amstel Radler, Amstel Original and Amstel Gold. But be careful, because there are nuances.
In ‘sin’ beer, the presence of alcohol is less than 1% and is controlled during fermentation. One option is to stop the process or to do it at a temperature that does not allow the yeast to develop. It can also be eliminated at the end by bringing the beer to a boil so that the alcohol evaporates. And there are more sophisticated methods of distillation, such as reverse osmosis.
For ‘0.0’ beer, there can be no more than 0.04% alcohol, so the brewing time and temperature is much more tightly controlled to prevent the yeast from developing it. There are also processes to extract it directly after brewing. However, you have to know how to choose because, if there is no good brewing expertise behind it, the flavour can be affected.

Drinking from a glass //
Sometimes there is no choice but to drink straight from the third, fifth or can. But if you can choose, it’s better to pour the beer into a glass or cup because, as it oxygenates as it falls into the container, excess carbon dioxide escapes, avoiding bloating or gassiness, and the aromas are released, increasing the perception of nuances by taste and smell.
TIPS:
Tilt the glass at 45 degrees at the beginning and with the liquid touching the wall of the glass, to prevent the carbon dioxide from being released. Halfway through the glass, place the bottle, can or shooter vertically so that the carbon dioxide is released and a creamy foam with fine bubbles is formed.
SHAPE:
Medium tapered, tall tulip-shaped glasses or glasses with inward rounded rims enhance the brewing experience. Ideally, the upper third of the glass should be wider than the lower third so that carbonation develops well, the bubbles rise and release aromas and the foam is retained.

100% barley malt //
As with any recipe, the ingredients are essential. Along with water, hops and yeast, cereals are essential to brewing beer and, depending on which one we use, the result will be different in terms of thickness, colour and aromas. But the richness of the brewing tradition has led to the coexistence of many types of grains and brewing methods.
Barley provides less starch and sugars during the malt fermentation process (the germinated and dried or roasted grain) than other cereals that are sometimes used as a complement in brewing. For example, rice or maize. And it contains proteins that give more stability to the foam. This cereal provides very balanced organoleptic, flavour and aroma characteristics. So it can be 100% pleasure to drink a 100% barley malt beer, like the Amstel range.

Two fingers of foam //
It’s not just a question of aesthetics. The beauty of a creamy head topping a well-drawn beer, apart from making it terribly palatable, has a whole host of benefits.
Foam is created when many bubbles rise to the surface and burst at the same time, releasing aromas that make the beer more flavoursome. In addition, this layer protects the liquid, preventing it from losing gas quickly when it comes into direct contact with oxygen.
THE RIGHT AMOUNT:
If we throw the beer from too far away, forcefully breaking the gas, it will generate too high a layer of foam that will prevent us from enjoying the drink. And if we don’t break it at all, no foam is created and the gas stays in the liquid, which can cause gastrointestinal discomfort.
A TIP-OFF, THE RINGS:
One way to tell if a beer has been poured well is to look at the appearance of the glass when you receive it full and when you leave it empty. The foam from a good, well-served beer should have left its mark after each gulp, leaving a trail of rings.” 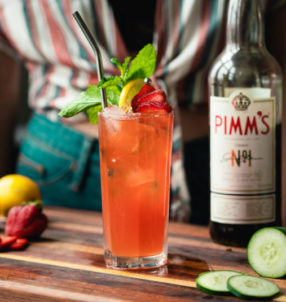