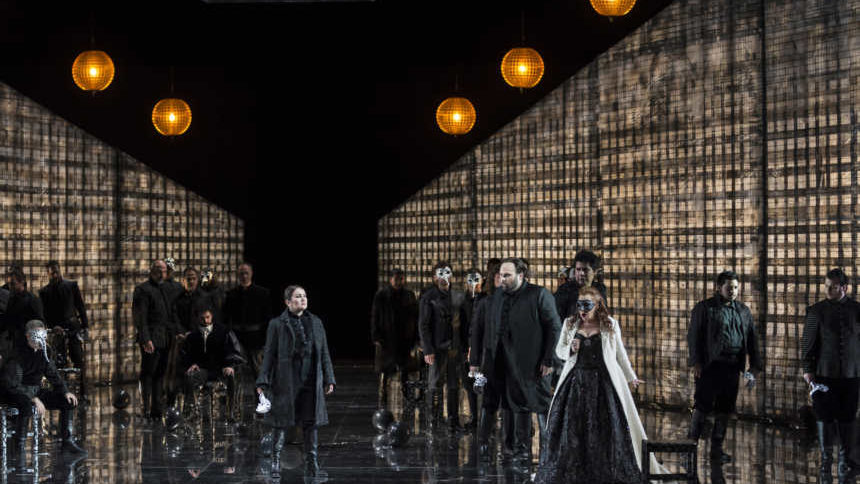 Les Arts broadcasts from its website ‘Lucrezia Borgia’ with Mariella Devia as the protagonist.

– The opera will be available from Friday 24th April at 8 p.m. until Monday 27th of April.
– Les Arts reminds us that the ‘Opera from Home’ cycle will continue until 30th April with titles such as ‘Il corsaro’ and ‘Le cinesi’.

After ending the collaboration with Unitel with the broadcast of ‘Fidelio’, Les Arts is extending its online opera programme, which will last until the 30th of April. In this way, in addition to Gaetano Donizetti’s opera, the Les Arts website will also be showing ‘Le cinesi’ by Gluck on Monday the 27th and ‘Il corsaro’ by Verdi on Thursday the 30th.

From 8 pm on the 24th of April until 8 pm on Monday the 27th of this month, the Les Arts website will be offering one of the benchmark titles in bel canto, free of charge in a production by Emilio Sagi, with musical direction by Fabio Biondi.

The Italian soprano Mariella Devia, in one of her last performances before retiring from the stage, plays the enigmatic daughter of Pope Alexander VI, one of the most demanding roles in the entire bel canto repertoire. She is accompanied in the cast by American tenor William Davenport, Croatian bass-baritone Marko Mimica and Valencian mezzo-soprano Silvia Tro Santafé.

The opera ‘Le cinesi’ deals with the aspirations of three Chinese women who, after listening to the stories circulating about the West, feel the attraction of wanting to live their lives, sensitive to the desire for an imaginary world where (apparently) there is greater freedom.

The programme of Verdi’s ‘Opera from Home’ ‘Il corsaro’ closes, thanks to the collaboration of the prestigious television channel Mezzo, which has made available for this purpose the recording it made of this work during its performances at Les Arts in 2018.

On Thursday 30th April, at 8 pm, spectators will have the chance to discover, from the Les Arts website, one of the least known and least performed works by Giuseppe Verdi, which the German Nicola Raab staged in a new production with Fabio Biondi on the podium.