You are here: Home  /  Editorial  /  Valencia CF at visit of “Su Majestad la Reina Doña Sofía” to the headquarters of a Food Bank
Editorial 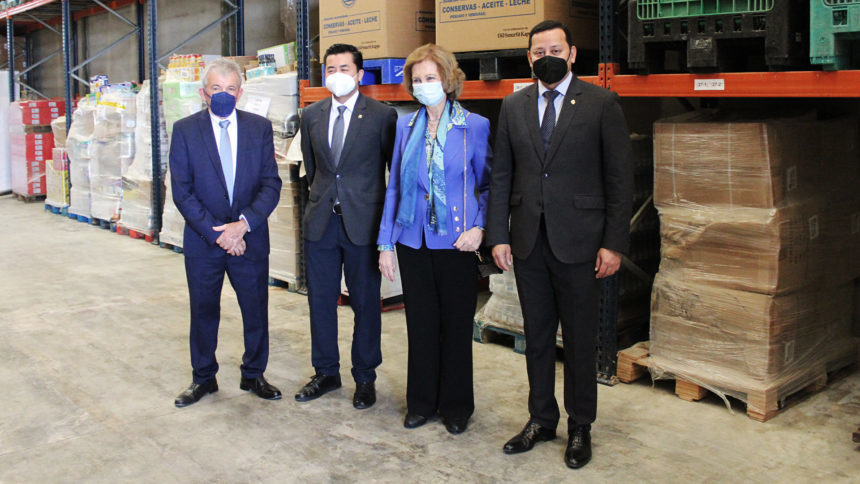 ##The Club is one of the main collaborators of this NGO in Valencia, lending the Camp de Mestalla for food distributions to families in vulnerable situations.

Valencia CF, represented by its president, Anil Murthy, and Joey Lim, CEO and Director, was present this Thursday (May 20th) at the institutional visit that Su Majestad la Reina Doña Sofía made to the headquarters of the Food Bank in Valencia. The reason for this visit is the involvement and collaboration that Su Majestad la Reina Doña Sofía has with Food Banks throughout Spain, an involvement that she shares with Valencia CF. The Club has been collaborating for almost a year with the delegation of this NGO in Valencia enabling such an iconic space as the Camp de Mestalla as a point of distribution of food in the city to help the neediest families in Valencian society. Upon her arrival at the facilities, Su Majestad la Reina Sofía was welcomed by the President of Valencia CF.

Su Majestad la Reina Doña Sofía was received by political authorities such as the mayor of the City Council of La Pobla de Vallbona, Mr. Josep Vicent García Tamarit, and representatives of various companies sponsoring the Food Bank of Valencia, including one of the collaborating entities of Valencia CF, such as CaixaBank. Subsequently, she learned about the great work done by the entity in the city of Valencia, being at the side of those who need it most. After the event, Anil Murthy expressed that “one of the fundamental values of Valencianismo is solidarity and we are determined to continue working on projects such as this…to continue helping Valencian society.”

Jaume Serra, president of Banco de Alimentos, expressed his gratitude:“I was very impressed that an organization such as Valencia CF would lend its facilities for such an action of solidarity… as it is being carried out in the city of Valencia”.