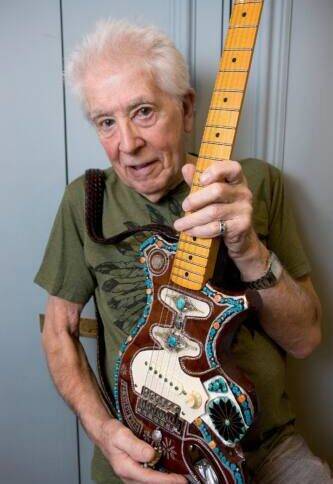 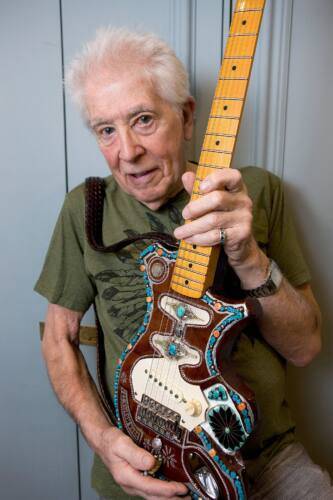 John Mayall (OBE) is a musical legend on both sides of the Atlantic. Born in Macclesfield in 1933 he was  married with children, an art designer and part-time musician in the 1950s.  By the early 1960s, the live blues scene was starting to grow in Britain. Catalyst Alexis Korner persuaded Mayall to move down to London, which enabled John to turn his music into a full-time job from 1963 onwards as a singer, composer, guitarist, keyboardist and harmonica player. He has been touring ever since. A natural mentor & leader,  musicians who went on to play in Cream, Fleetwood  Mac and The Rolling Stones were all formed in Mayall’s ‘Bluesbreakers’ band. John Mayall has recorded almost 70 studio and live albums over the years. His current band will be touring Spain in October to promote his latest album, ‘Nobody Told Me.’

Did it have any effect on you living through both the beatnik scene of the 50s and the hippie scene of the late 60s/early 70s?  I didn’t bother with it. I kept apart from it. I was doing my own thing and just staying true to myself.

What did you learn from doing military service in England & Korea? For my generation, it was obligatory to do your military service for your country. Looking back, I suppose it did have some sort of meaning. At the time, you just put up with it and looked forward to it all ending and going back to being a civilian.

What first got you interested in music? It was my father’s hobby. He had a great jazz collection of 78s. I got interested in jazz and blues way before I was posted abroad.

Could you describe the British Blues scene in the 1960s? It was really a bit rough’n’tumble. Trad jazz had been the mainstay for the previous 10 years and the youth of the day were ready for something different.

What are your memories of Eric Clapton? Eric was way ahead at that time. He had really learned the history of the blues.

What do you remember about Peter Green? Peter went full-tilt into the blues. He wasn’t really into jazz. He was a really good songwriter with a unique style of guitar playing.

How about Mick Taylor? Mick had more of a jazz influence in his playing.

What did Gary Moore bring to the music? Gary did a great job in taking good advantage of his blues chops.

How does living in Los Angeles compare to England? I have lived in America for so long now that it is difficult to remember what it was like to live in Britain. With time, you find where you want to live and it is not necessarily where you are from. I moved to California because of the climate and the way of life…

What have you learnt most from touring? It’s what I do for a living.  I spend about a third of the year on the road. I really enjoy communicating with audiences all over the world. It’s a great adventure being in a group.

Why is the blues so universal as a genre of music? It speaks about real situations that are common to all people.

What can the public expect with your show in Valencia? We do a different show every night. I suppose I have a fairly extensive choice of material to choose from. So, it’s a delight to compose a different set-list for each particular gig. We enjoy sharing that spontaneity as a band with the public at our shows.

Can you tell us something about your latest album, ‘Nobody Told Me’ ?  Whenever I do an album, I’m looking for a good energy and also if the subject matter & words link the songs. Regarding the tracks on the album…What Have I Done Wrong attracted me to its rhythm. Evil and Here to Stay just has something about it…it’s usually the rhythm I go for. The Moon is Full is memorable for its beat and Distant Lonesome Train reminds me of the Old West. It’s So Tough is a 12-bar blues commentary about just the way that things are. Nobody Told Me is a reflection on life & its surprises. You just never know what is around the corner… and how things are going to turn out! 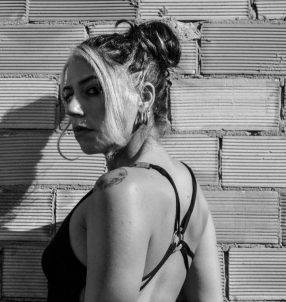