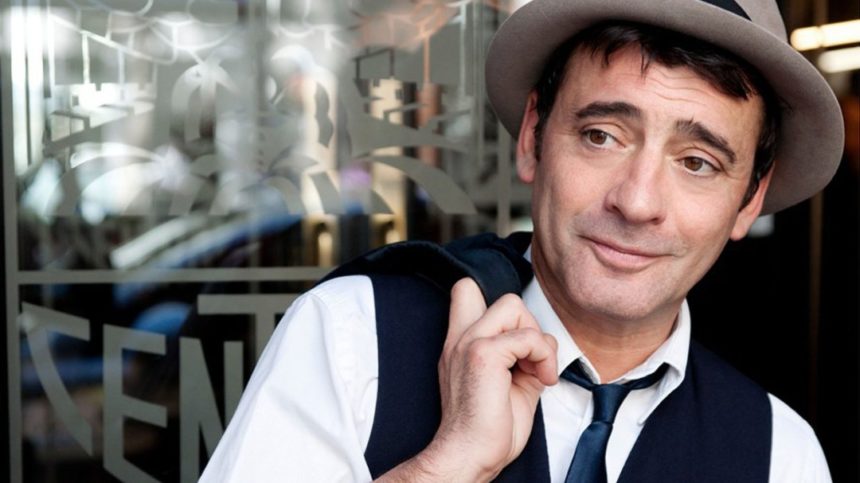 The Andalusian will be playing songs from his latest album, ‘La Guapería’,

The process of creating ‘La Guapería’ was not easy. Zenet, the stage name of Antonio Mellado Escalona, entered the vast universe of Latin American melodic genres thanks to the archives of Radio Gladys Palmera. From a catalogue of 100,000 compositions, the singer made an initial selection of 1,500 songs. Later, he refined his anthology with guitarist José Taboada. To put together the final repertoire, both of them took into account the lyrics and the sonority of the songs.

Finally, the record includes melodies by the Cubans Frank Domínguez, Eusebio Delfín, Osvaldo Farrés, Miguel Matamoros or Marta Valdés; the duet formed by the Mexican Mario Molina and the Spanish Enrique Fabregat; and the Argentinean Chico Novarro. Also included are a compositionS of their own and verses of the Caribbean poet Alexis Díaz Pimienta. On top of this, the album has the brass arrangements of the Cuban Manuel Machado, who also plays the trumpet, and the violin of Raúl Márquez, a musician who has worked with Sara Baras, Joaquín Cortés or Joaquín Sabina, among others. Instrumentalists such as Pepe Rivero (piano), Moisés Porro (drums and percussion), Yelsy Heredia (double bass), Ove Larsson (trombone) and José Rivero (sax) also took part in the recording.

All in all, La Guapería is an approach to music made between the 1920s and 1960s. The performances respect the spirit compostions as much as possible, but ‘Zenet’ also wanted to bring the songs closer to our times, with elements of jazz and rock. Thus, the vocalist and his band will offer a unique show in the capital of the Turia.

The measures against Covid-19 will help to create a safe environment for the public.

Entrance to the concerts ‘A la llum de la lluna’ is technically free… but the public has to pay 2.50 euros per place regarding the concert for security reasons. Reservations can be made through the page: http://www.alallumdelalluna.com

MONESTIR SANT MIQUEL DELS REIS
Founded by the Duke of Calabria, it is one of the best examples of Renaissance Valencian architecture. Recently refurbished, it acts as the Valencian Library. The refurbishment combines respect for history with technological advances.